Today's Let's Play Persona 5 blind: more puns than you ever realized was possible. And lots and lots of Ryuji. He even begins thinking up complicated plans. They even work. What's going on here?

Even weirder, we basically have one long running conversation, and pretty much every bit of fun or funny circumstance that can be wrung from battles, we wring it. Which means we don't make much progress. We have a lot of fun, and that may be worth it, but starting next time, we pick up the pace. We may not get very far, but we have a lot of fun, so Let's Play Persona 5!

Come tell us to hurry up Discord!

Persona 5 is an rpg where the player takes on the role of a silent protagonist, a high school student who lives out a single year while attending high school in Tokyo: Tokyo is governed by a day-night cycle and weather systems that govern general behavior similar to a social simulation. The year is punctuated by both scripted and random events ? the protagonist attends school, can go to part-time jobs within Tokyo, and pursue leisure activities or create items for use in other areas of the game. These various activities raise character attributes, which in turn grant passive buffing effects during battle. When in the real world, the main protagonist can develop character relationships dubbed "Confidant". An evolution of the Social Link system from Persona 3 and 4, the main protagonist can converse with and improve his relationship with characters. The main cast are among those with Confidant branches, with some leading to possible romances. Each relationship is symbolized by one of the major arcana, and each Confidant link grants different boosts to the character: one character link enables the Baton Pass system which passes on an added turn to another character while granting a temporary stat boost, while others improve Negotiation abilities or give access to new items and equipment.

The game's silent protagonist conducts two alternating lives over the course of a school year: a normal life involving going to class, and quests into the otherworldly Palace to fight hostile Shadows (bottom).

Alongside the normal school life is dungeon exploration of two different dungeon types within a realm called the Palace: story-specific dungeons and randomly-generated Memento dungeons both populated by Shadows, manifestations of suppressed psyches. Within Memento dungeons, the party can fulfill requests for non-playable characters (NPCs) received through a sympathetic in-game forum connected to one of the Confidant links. While navigating, the party uses stealth to avoid the sight of enemy Shadows, and some areas hold puzzles that can be solved using an insight ability dubbed "Third Eye". When exploring story-centered Palaces, an "Alertness Meter" is present, where the party being spotted results in security being raised alongside awareness of their presence. If security becomes too tight, the party is forced to leave the Palace. The Alertness level can be lowered by launching surprise attacks on and eliminating enemies.

I don't quite agree with the idea that the palaces no longer distorted further. They clearly had segments which were far more distorted. But the flow was smoother, so you didn't catch on as quickly. Nor was it as jarringly different, because the base distortion was growing far more powerful.

Kaneshiro's bank goes from a standard bank to a laundering station of raining bills into a gigantic lock made out of the building itself housing his persona piggytron bank. I'd say that's heavily distorted. It's just not was all 'wavey and mind warping' distorted. Just so far more removed from reality. An entire floating bank utilized solely for the purpose of creating a singular lock to a vault? That's a massive distortion there.

Okumura's distortion was already so far away, it was all heavily distorted to begin with that it couldn't go further, or possibly the interior of the UFO he launched off was the more heavily distorted portion. Take it as a sign of how deep he had fell into his distorted desires if you want. So much so it permeated his entire palace. Considering he was basically a step away from the ultimate goal of his, he must've been drowning in it.

Sae's palace actually distorts in a very subtle manner. First floor? Totally a regular casino complete with background passageway for staff. But as you climb up, it turns into a circus, a gladiatoral arena and a darkness maze finished with a gigantic staircase made out of the balance of the law and culminating on a gigantic roulette wheel? Clearly a jump in distortion of reality there... I mean the first floor of the casino. You could imagine that existing. The last floor? Ah hell no, that's an amusement park now.

And the current palace? Well... Yeah, that's just distorted as all the hell to begin with so there's not much more that can happen.

And as for Mementos? Well. You've clearly seen the entirety of the public palace distort as you go further and further down....

44:56 Your puns had transcended to the game and infected our boi Yusuke

These intros are always great

I think the reason the safe rooms stopped having that effect where we see what they really are for a second is just because the team stopped really investigating the locations of the Palaces. The school, the atelier, and Futaba's room are all places the Thieves, and by extension the player, are familiar with (I don't remember if Kaneshiro's Palace had the effect). But the corporate HQ, the courthouse, and the Diet building are unfamiliar to the player, so seeing the safe room distort into something else wouldn't be all that meaningful.

The onde dislike is from Shido

Congrats on 1.5K subs! You both deserve it, your content and attention to the games you play is so fantastic! Keep doing what you're doing ou<

Wiisquare is like that pun loving Dad I swear!

I wonder if that "nudist" as you first described him would say something different if you got the DLC Swim-suits for the characters?

Okumura and Kaneshiro's major distortions were everyone else. The final room in Futaba's palace was also tremendously distorted. You know the one with the floating platforms and matrix code all over the place. Shido's distortion is literally everywhere that isn't inside his palace.

Also the Noble can actually be a pain if he gets Morgana or Makoto to give him a diarahan.

I really enjoyed Shido's palace as well honestly - as soon as I learned my way around it was fun figuring out how to pro-squeak forward to the next sections!
Congrats on the 1.5k subs :)

I think she's not that tall, JIrou is leaning over next to her, so she's like the same height as him, nowhere near as tall as Sae.

I think about the safe rooms becoming less distorted is actually the opposite. The Palace ruler really believe the place to be things that they thought. For example: Kamoshida still thinks about the classroom as classroom, therefore the safe room is a classroom, it's a place that Kamoshida can't touch or have a full control in the real world. Same thing with Futaba and Madarame. Futaba have no control of her own room because of her mental condition. Madarame's safe room is a painting room because he's not using it, his disciples are the ones using it. On the contrary, Shido's and Okumura's distortions makes them no longer think of the place as how they are in the real world because they're in full control of it, or at least they thought they do. It's actually a full distortion not the lack of.

In this episode of Punsona 5, we found out that Ryuji is Billy is Ryuji. And what's up with Daymon and hats?

This stupid condition has you pretty much playing hide-and-squeak for half the palace. Not to mention the annoyance of having to fight bosses just to get Shido's cronies to rat on him. Most cases here, you're better off cheesing it rather than fighting - you just might squeak away by a whisker .

I really appreciate the fact that you overanalyze everything that is happening in the game. It really helps me notice many things I wouldn't be able to myself. Thank you!

FYI @bittersweet gamers; here in the uk we still use ballot boxes

Actually, you're actually are affecting Shido's cognition because of what you're doing in the palace.

These 5 are Shido's confidants. People he has made deals with for mutual benifit. If Joker had a palace he would probably drive away most of his confidants, but the relationships with the ones that remain would be twisted into perversions of themselves and this is what they would become in his palace.

You were complaining that Makoto was becoming the take-charge leader of the group. I think the devs wanted to use this palace to show that all the members are capable of stepping up and contributing when they feel the need to do so.

3rd eye is still a thing in mice form you know?

34:34 Well, a famous politician once said, "Gave them by the pussy, they let you do it"

Just gonna say this now: you're going to trivialize the remaining bosses of the game. Mostly because of the money exploit and being able to spend that money to make high level personas.

I think the safe rooms not distorting is intentional. I think it could be interpreted as palaces getting stronger. Same thing with the distortion at the end of palaces, perhaps. Or maybe the whole palace could be a distortion, especially in the case of Shido; you're kind of sailing through the distortion. Shhrrruuuggg.

Shido having such strong control over (or connection with) his own palace coincides with him talking to those people on the phone about the same time the party interacts their cognitive versions.

Congrats on your 1.5k subs!

puns well that figures anyway congrats on the 1500+ subs

By the time I made it to the pool area and I saw the guy near the treasure chest, I had a mini heart attack because I thought he was a fat old dude that had nothing but a silk pillow covering himself. I nearly turned off my game. XD

Pressing those buttons is blasphemy. Should you press it you will no longer know the way of the secret passage! Praise The Holy Locker!

Edit: Are we allowed to kill Billy after this episode? 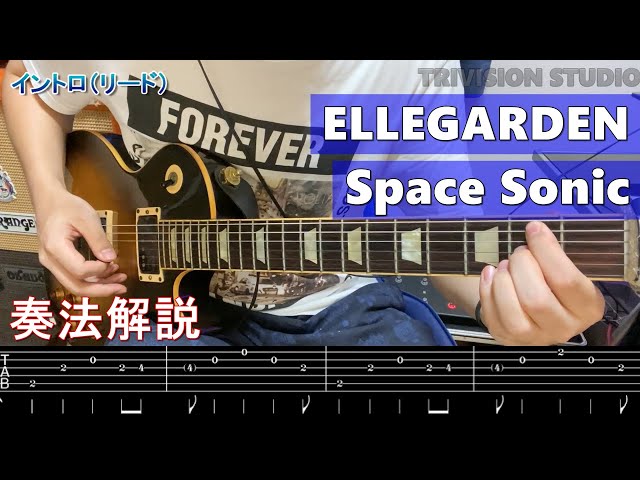 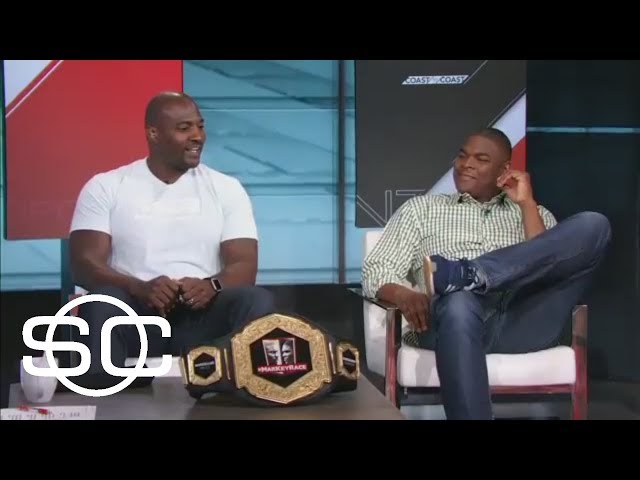 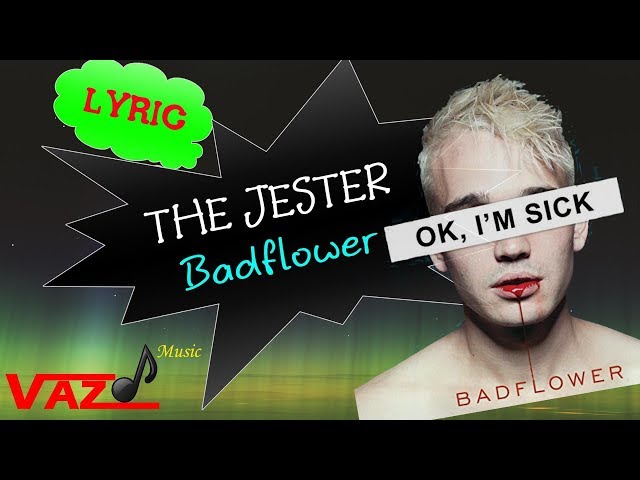 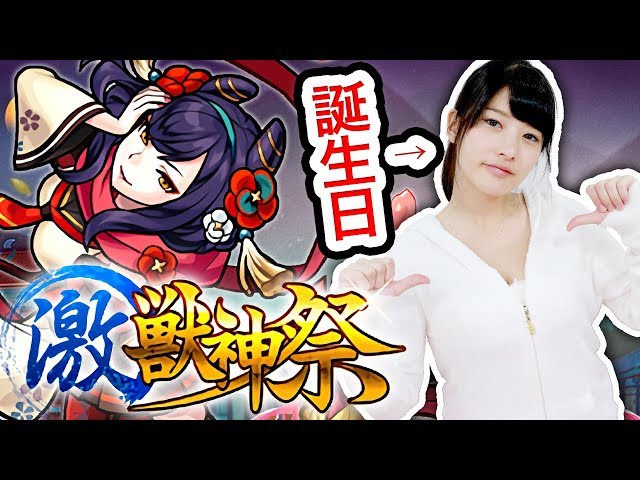 HOW TO GET THE DESTRUCTO SPINNER SMG-(Shoots both elements!)-Borderlands 3 legendary weapons guide
Project Zeus
447 views